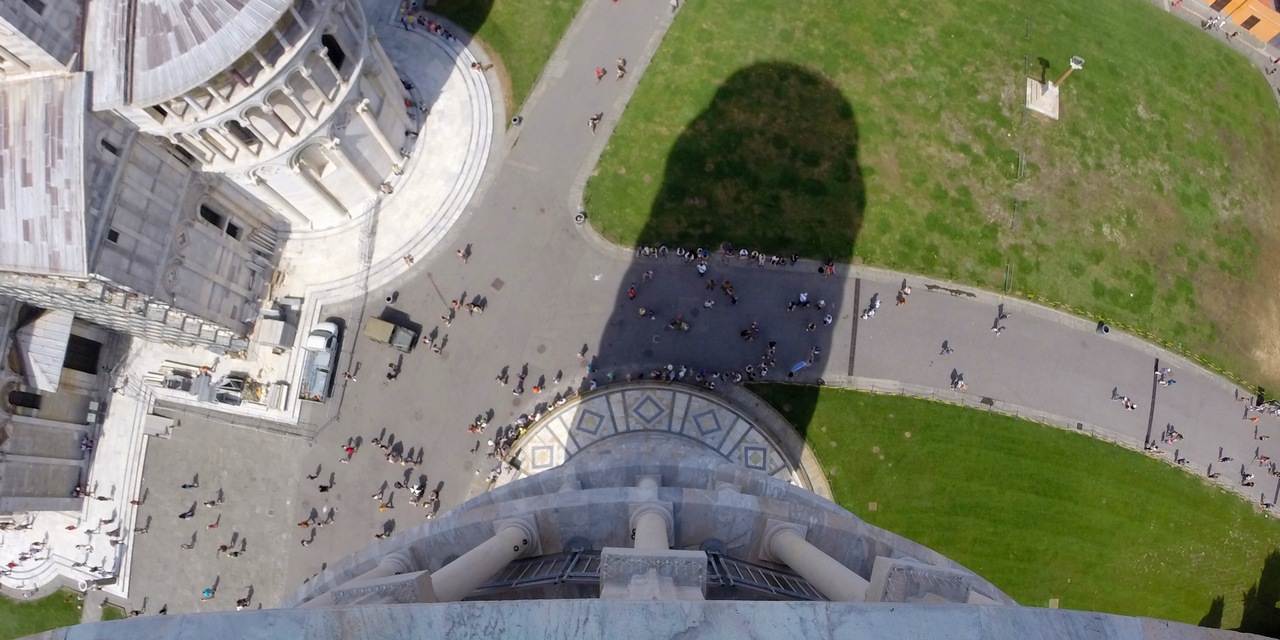 The Tower of Pisa, originally designed to be an elaborate free-standing tower bell ("campanile" in Italian), ended up being a marvelous engineering wonder that has been fighting gravity for almost a millennia.

Around the year 1000 Pisa was one of the four Republics in Italy to rule over the Mediterranean Sea.
Pisa was powerful and prosperous and its people had high ambitions. They were sailing and trading and they were often engaging in battle with the other nearby State-cities.

READ
all the FACTS
about the Tower

The entire complex of the Square of Miracles was built to showcase the strength and prosperity of the city.

The Tower was part of this grandiose plan and it was built to accommodate the seven bells for the nearby Cathedral (Duomo di Pisa).

The Square of Miracles was built to showcase the strength and prosperity of Pisa.

Tower bells are a characteristic feature of Catholic Churches and their main function is (as the name suggests) to host ceremonial bells.
With its top point standing at less than 60m, the Tower of Pisa was not built to beat any record.
Today, the tallest bell tower in the World is the "Joseph Chamberlain Memorial Clock Tower", measuring 110m. This tower is anyway a modern building as it was constructed between 1900 and 1908. At the time of construction of the Tower of Pisa, bell towers used to be much shorter.

Seven bells are hosted on the very top of the Leaning Tower of Pisa, at over 50m above the ground:

The bells were originally operated by ropes and they were all swinging. However, at some point in time, their use was forbidden due to the precarious condition of equilibrium of the tower.
Today the bells are operated by electromagnetic hammers. These hammers hit the bells to produce sound without the need for the bells to move. This produces no sway in the Tower and it is considered to be safe.

A curious fact: the 5th bell is the one that rings on Easter day and it used to stand on top of another building in Pisa, where it was announcing the execution of criminals and traitors, therefore its original name "The Justice" (La Giustizia).

READ
all the FACTS
about the Tower