WHEN did the Leaning Tower of Pisa Start to Lean? 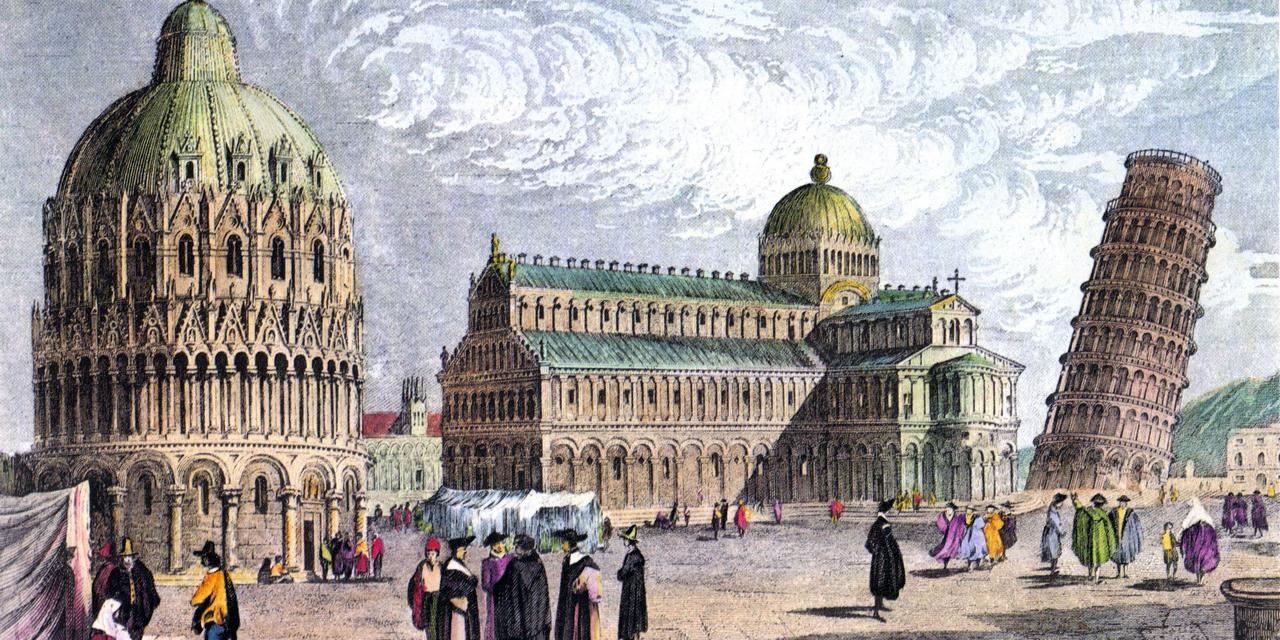 The Leaning Tower of Pisa was initially planned as a perfectly straight freestanding bell tower for the nearby Cathedral.
The construction of the Tower began in the year 1173 and in just 5 years they completed the first 3 floors. Until then, everything was going according to the plan.
Things started to go sideways when the foundations began to sink into the soft ground and the entire structure was suddenly leaning on one side...

The Tower is falling

There is no official timeline when it comes to the events related to the construction of the Tower. It was over 800 years ago and the information we have today is fragmented and, at times, contradictory. Yet, although we cannot pinpoint exactly the date when the Tower started to lean, we know that is was somewhen around the year 1178.

There is no official timeline when it comes to the events related to the Tower's construction.

How did the Tower start to lean?

The Tower began to sink under its own weight when the construction reached the third story (about 23m high). This happened because the particular nature of the alluvial soil in Pisa, where the tower was built.
When the builders realized that the ground was giving up under the weight of the Tower, engineers were called to examine the situation and they decided to stop the construction (read also "how did the Leaning Tower of Pisa start to lean?").

In the meantime, Pisa went to war with the nearby city-state of Genoa and this political situation halted the construction of the Tower for almost 100 years.
The construction works, stopped in 1178, were resumed in 1272.

The half-built Tower was still leaning and its design was modified to compensate for the tilt. At this point, they were consciously building a leaning tower.
In the new design, the floors from 4 to 8 were planned with tapered height in order to get a horizontal floor at the very top of the Tower, where the bells were supposed to be installed.

When the Tower started to lean, many thought it was never going to be completed. Nevertheless, works were continued and the Tower was declared "finished" in 1372... exactly 200 years after its first stones were placed into the ground.

The design of the half-built Tower was modified to compensate for the unexpected tilt.

The Tower never stopped increasing its lean and it has been slowly falling since 1178.
However, due to its particular geometry (read more here: why it doesn't fall?), it is still standing.

Only in 1989 the Tower was declared in serious danger and works were performed to stabilize it and decrease its inclination.

Thanks to those works, the Tower stopped moving towards the ground and it started to lean backward. This is a temporary behavior and it will stabilize in the next decade, bringing the Tower to a complete stop... before it starts to fall again towards the South.

Engineers estimate that the Tower, leaning at an angle of about 4°, is currently under control and it will need no intervention for the next 200 years.

The Leaning Tower started to lean backward after the works ended in 2001.

This is a positive news for Pisa and the World at large, as millions of tourists can keep going inside the Tower to experience in first person the beauty of this unique monument and the weird sensation of climbing a spiral staircase that leans on one side.